The Shadow Behind the Dream
- Paperback

How can one fight through to transform the overcast of life’s tribulations or the stigma of being a Black man in America? The Shadow Behind the Dream is an amazing novel which documents a young man’s right of passage in his teenaged years.

Seventeen-year-old Jamari Picand is growing up in Williston, North Dakota. Life for him has not always been easy, and it seems to only get worse. In addition to being one of the few African Americans in a predominantly white town, being socially awkward has caused him to experience life differently and more difficult than his peers. He is forced to deal racism and stereotypes, a constant struggle with fitting in, on top of already having to deal with the woes of being a teen.

The Shadow Behind the Dream is inspired by author Phyllistone Termine’s real life events. Born to immigrant parents Phyllistone, was forced to find a quick way to get money to aid his growing drug habit. In 2017, he was arrested on fraud charges at the age of 19. Today, he is a poet, songwriter, rapper, author, producer, and motivational speaker, despite being incarcerated. From his book, Phyllistone says, “Now I’m focusing on being the best person I can be and becoming a productive member of society”. 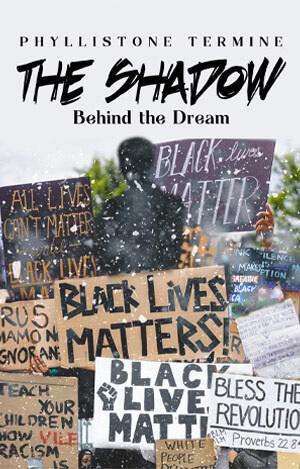 BUY FROM OTHER RETAILERS